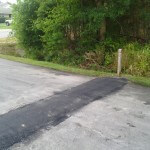 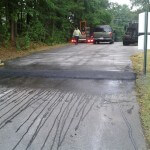 Traffic calming devices are used to slow down vehicles.  The most commonly used device in parking lots is speed bumps.  Speed tables have also become popular and are generally used along residential roadways.  We’ve installed countless speed bumps over the years and have performed several municipal projects where we have installed speed tables on their residential roads.

Some Dos and Don’ts

It is important that traffic calming devices are placed in obvious well marked or well lit places.  Stay away from bends or curves in the road or downhill grades.  Consider who will be using the road such as handicap, elderly, emergency vehicles or bicycles.

The experts at Raleigh Paving can help!